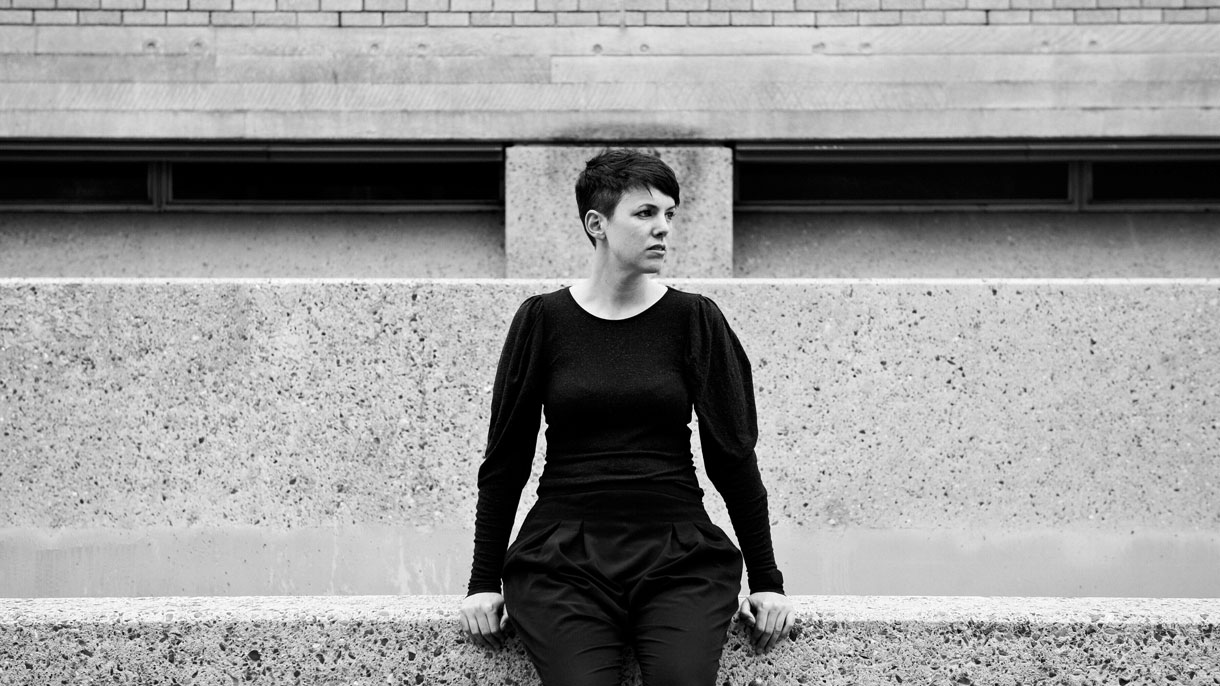 Anna Meredith is a composer, producer and performer of both acoustic and electronic music and has been described as ‘one of the most innovative minds in modern British music’ (Pitchfork).  Her sound is frequently described as ‘maximalist’ ‘uncategorisable’ and ‘genre-hopping’ and straddles the different worlds of contemporary classical, avant pop, electronica and experimental rock. Her debut album Varmints has just been released by Moshi Moshi records to wide critical acclaim.

Working space has been a big challenge for Anna Meredith, who has been looking for a new way to approach writing and is constantly looking for the right space to work. Previous to being at Somerset House Studios, Anna was working from home and really struggling to make that work. She had been actively looking for a suitable place to work for 3 or 4 years, and feeling increasingly isolated in her work in the process. The head-space, separation and focus that her studio at Somerset House Studios has brought to Anna has had a significant impact on her working life.

‘The actual space is fantastic. I have my own room which feels creative and simultaneously private but part of things too. There’s new colleagues / fellow studio artists moving in all the time which feels incredibly exciting! I’ve managed to do more work in the 2 months or so I’ve been here than in the last year! It’s amazing! I’m excited about the community that’s building around the studios. I’m looking forward to collaborating with colleagues and hopefully offering my skills to other practices too. I’ve got a very different working year ahead of me and have left space to try new projects and collaborations so it’s the perfect place to be.’

Composition is frequently quite a solitary process so Anna is very happy to be part of a wider creative community. In the past she has collaborated with dancers, visual artists, game designers, poets and fashion designers and loves to be part of providing original music or offering ideas or approaches for anyone looking for a musical/sonic element to their practice. As well as seeking collaborators and working within a community, Anna is also starting to work more with installation and site-specific composition and is keen to develop the more immersive/theatrical and story-telling side of her writing at Somerset House Studios. ‘I’m always up for trying new things so hoping being part of the studios community will push me in new directions.’

Anna has been building up to her current point with the release of her debut album and the start of a touring/performing band plus having just signed her publishing with Warp/Faber which should generate a new kind of working practise for her with film/TV commissions alongside her regular ‘classical’ commissions.